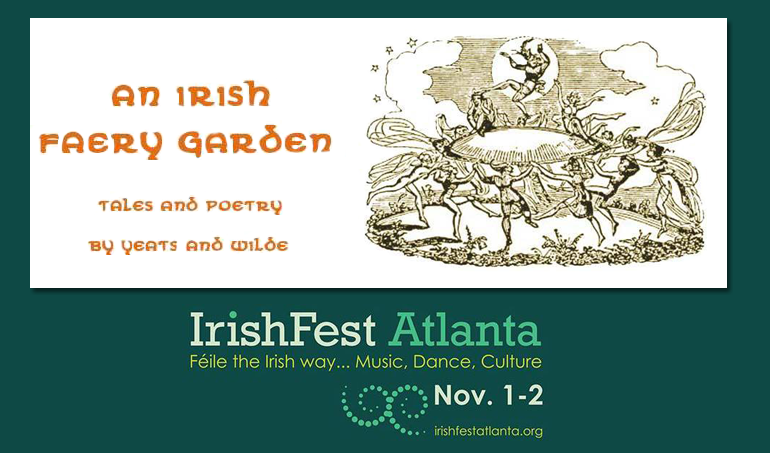 Arís co-founder and board member, Kyle Crew, adapted and directed An Irish Faery Garden, a presentation of staged poems by William Butler Yeats and the faery tales of Oscar Wilde, The Selfish Giant and The Nightingale and the Rose for Atlanta's IrishFest at Westin Atlanta Perimeter North.

Arís was joined onstage by the talents of several young people from Atlanta's International School -- who performed Yeats' The Stolen Child, as well as well-known and loved harpist, Kelly Brzozwski, who graciously lent her musical talents to underscore the performance.

Pictures of the event coming soon; they will be posted here and on our Facebook page, so be sure to visit early and often!