Adapted for the stage by Dermot Bolger

In celebration of Bloomsday, Aris presents a staged reading of “Ulysses”, adapted by acclaimed playwright and novelist Dermot Bolger from the novel by James Joyce.

With a very special Bloomsday food and drink menu available at 6:15pm. Tasty! 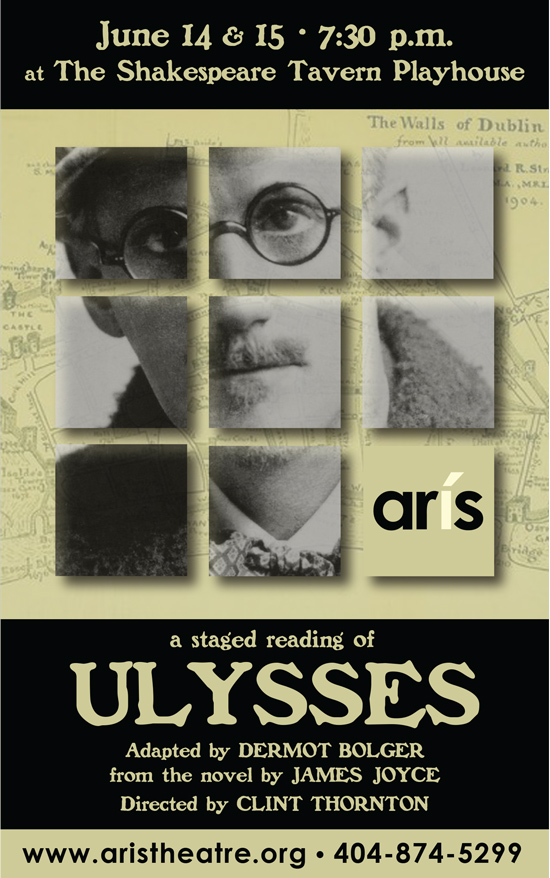 But don’t be intimidated - if you have never managed to get past the first page of this literary behemoth, Bolger’s adaptation was written especially for YOU! His aim was to produce a play “that people who’ve never read a word of Joyce will enjoy as a piece of theatre” and that serves “as a passport into the book.” The play was acclaimed by both critics and theatregoers in Scotland when it was first produced at the Tron Theatre in Glasgow in 2012.

Please come and share a couple of hours in the company of Leopold and Molly Bloom, Stephen and Simon Dedalus, Blazes Boylan, and over 80 other dubious denizens of 1904 Dublin, all portrayed by just eight actors. 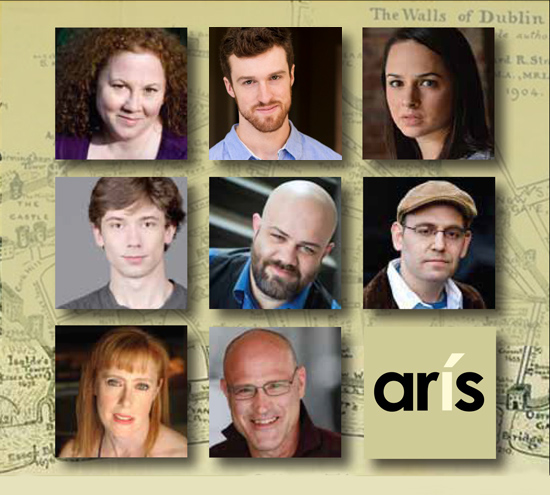 BE WARNED! This production contains adult material and is NOT suitable for children or puritans!!

The reading will be staged for two performances only, Tuesday June 14 and Wednesday June 15, 2016 at the New American Shakespeare Tavern, 499 Peachtree Street NE, Atlanta, GA 30308. Tickets are $10, and available at the Shakespeare Tavern Box Office either online at www.shakespearetavern.com, or by phone at 404-874-5299 x0.

We look forward to seeing you soon!

Arís, Inc. is a 501(c)3 non-profit organization, donations are tax-deductible to the extent permitted by law. Donations may be made either via Paypal or by check payable to
Arís, Inc. and mailed to 6377 Hawthorne Terrace, Norcross, GA 30092.