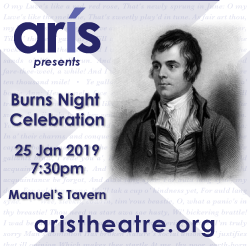 Arís starts off the 2019 season with our fourth annual celebration of the life and works of the great Scottish writer and poet, Robert Burns. Through music and poetry we celebrate his love for Scotland, his musings on nature and romance, and of course his humor!

Featuring the talents of (in alphabetical order): Ryan LaMotte, Lindsey Mitchell, Judy & Winslow Thomas, Caitlyn & Matthew Trautwein we honor “the best laid plans of mice and men” which, we can assure you, will not “gang aft agley” on Friday, January 25th — the actual birthdate of Rab the Rhymer himself. 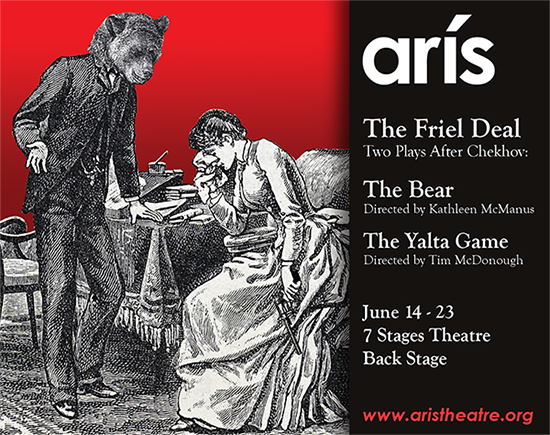 The Friel Deal — Two Plays After Chekhov
An evening of two one-act plays from Brian Friel, based on works by Chekhov.

First: The Bear – a young widow has immersed herself in the role of mourning for her philandering now dead husband. Her frail and ancient manservant tries in vain to snap her out of it. Then her neighbor Smirnov barges in ...

Second: The Yalta Game – a sexy, funny, romantic tale of passion and forbidden romance that will leave you meditating on the nature of love.

The Legend of Finn McCool

Arís presents a staged reading of the classic Irish fairy tale written and directed by Rob Shaw-Smith entitled The Legend of Finn McCool.

It’s the tale of how legendary Irish giant Finn McCool took on and saw off the Scottish monster Benandonner, and exactly how the Giant’s Causeway came to be one of the wonders of the natural world. The exploits of the giant Finn McCool in this cool comedy will be told with classic songs sure to get your toes tapping. An Arís original, suitable for children 8 - 88! 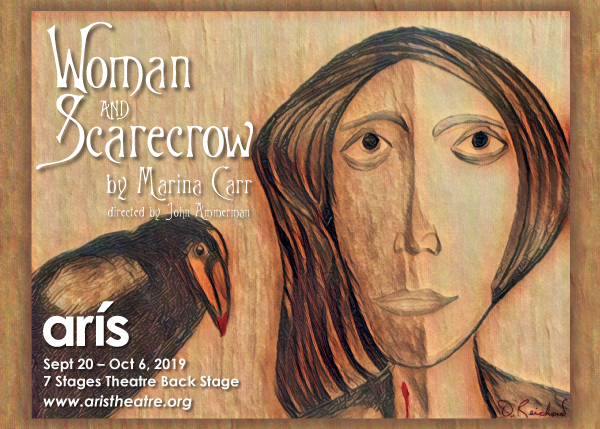 In bed, a woman is dying before her time, her mind and body worn out. In the wardrobe, something lurks. In the face of her death she threshes out her life’s truths, sparring with a ridiculous aunt, a cheating husband, and a slippery alter ego.

Sam Marlow of the London Times calls this play “An extraordinary brew, bittersweet and totally intoxicating.”

GET TICKETS NOW
Arís, Inc. is a 501(c)3 non-profit organization, donations are tax-deductible to the extent permitted by law. Donations may be made either via Paypal or by check payable to Arís, Inc. and mailed to:

Our mission is to bring the theatrical and literary traditions, mythology, and storytelling from and about Ireland, Scotland, Wales, and England to Atlanta. Aris presents full productions and staged readings of contemporary and classical plays. We celebrate annual events such as Burns Night and Bloomsday. We participate in other events that feature the literature, poetry, and music of the British Isles. Aris is committed to breathing fresh life into timeless classics as well as introducing our audience to the work of new and emerging contemporary playwrights. 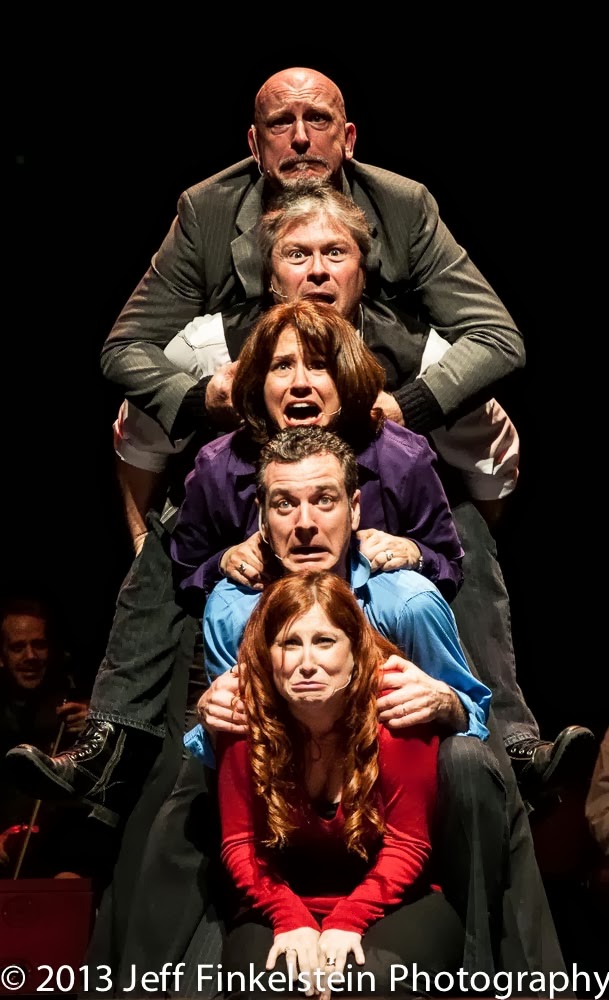 Arís performing at The Celtic Christmas Concert in 2013